QROPS are a niche market for those with larger pension funds where there is a risk of a Lifetime Allowance Charge or an unfavourable double tax treaty. Most transfers are unnecessary with an expensive insurance bond attached. 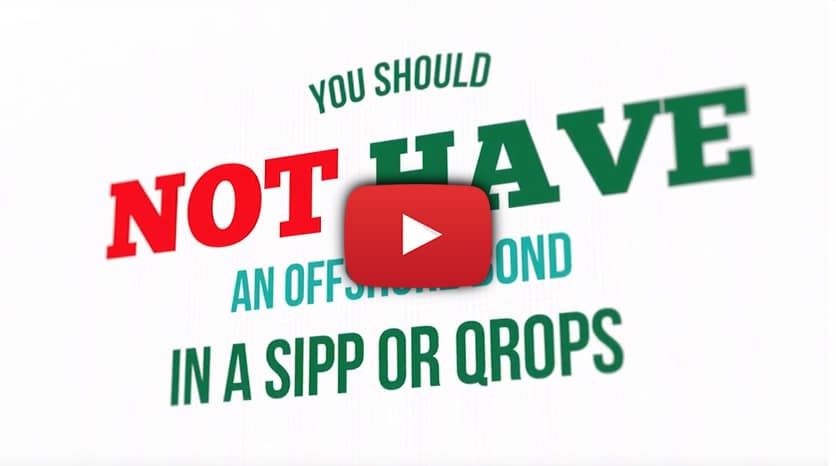 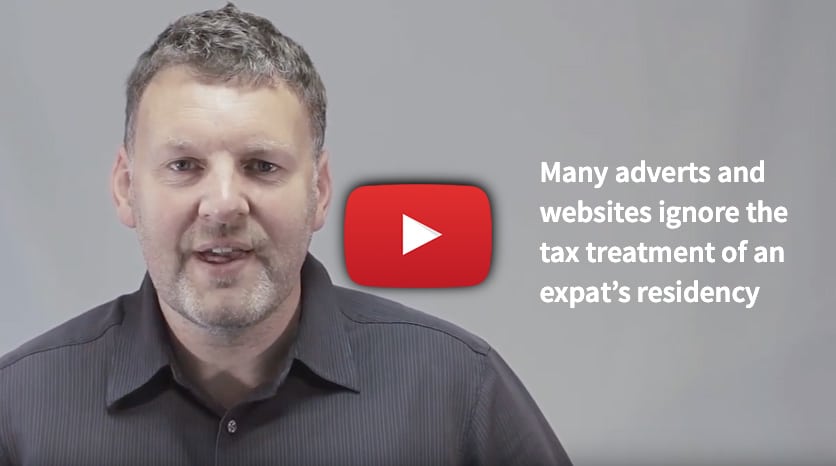 Pensions are impacted by Double Tax Treaties (a lot)

If you think by moving your pension you can avoid tax where you live…think again!

Should you even be considering a QROPS Pension? We publish simple information below to allow you to decide.

Whilst they may be the first type of pension you consider as an expat, the truth is that a SIPP may be the better option. For more information, visit our SIPPs page.

The latest changes to the Finance Act 2004 were announced and became immediately effective on 8th March 2017. From that date a 25% Overseas Transfer Charge (OTC) will be levied on transfers as they leave the UK unless one of the five following conditions are met:

Who should NOT be considering a generic QROPS?

Who could be considering a QROPS?

AVOID HUGE COMMISSIONS: We will conduct business at minimal cost to you

Contrary to how most overseas expat advisers operate, we work exclusively on a transparent fee-based model, and do NOT charge any commissions. Click for more information on who we are and how we charge › and comparing Fees versus Commissions ›

Are you TOO YOUNG to be considering a this?

New UK rules mean that no-one has to purchase an annuity anymore. In fact, anyone up to the age of 75 can take however much of their pension as they wish, and leave a lump sum on death to their beneficiaries tax free. In fact, at any age they can also access as much of the fund as they want, with 25% of that tax free, a tax free personal allowance available in each tax year, and then pay marginal income tax on amounts drawn over their allowances.

The UK has Double tax Treaties with countries all over the world to ensure that in most cases expatriates will have no further tax to pay, or indeed they can transfer their tax to their country of residence and pay any due there. All in all, a UK pension held in the UK often as a SIPP is very attractive!

Further, they are very costly compared with a UK pension and it is therefore worthwhile finding out if the advantages that a they have over the age of 75, or for people with substantial funds, is actually worthwhile considering.

Overseas pension territories have their own Double Tax Treaties with various countries that are not always as flexible as UK pensions meaning that you could end up paying an income tax charge where you are resident, or on death, your beneficiaries may pay an income tax charge in the country they live in. This may actually be at a disadvantage over a UK pension and so should be compared before transferring. The balance has to be between additional costs  and any tax differential between a UK pension and an overseas pension. Contact us for analysis on your situation.

What other considerations should there be for specific overseas pension or indeed a SIPP?

Why pay tax that you do not have to?

Depending on your status and current location, along with future living plans, we can answer your queries and provide qualified and expert advice, without any further obligation from you. We publish the main countries and how tax in impacted for all our clients.

The key here is that one size does not fit all. It should not be taken for granted that an overseas pension is the best solution as it is “Tax-free”; as from April 2015 a UK pension scheme offers many of the equivalent flexible arrangements of an overseas pension at a much lower cost. Even where there are small advantages, the extra costs outweigh the tax impact.

Income from UK pension arrangements is taken according to the relevant Double Tax Treaty (DTT) which can allow tax to be taken in the country of residency; if there is no DTT, or if the DTT specifies that tax will be imposed in the UK, then there will be a band of 0% (Personal allowance) if unused, and then a withholding tax of 20%; this tax is applied to everyone in receipt of UK pension income whether or not they live in the UK and with no exemption for foreign nationals. More ›

The key here is ultimately a resident will pay tax in in the country they are resident in, and in many cases there is little difference in the ultimate tax paid irrespective of whether the pension fund is held in the UK or elsewhere. However, there are a few countries where transferring pension rights to an overseas pension scheme means that income tax on pension income can be legitimately avoided, even where there is no UK double tax treaty with the country. We publish the main countries and how tax in impacted for all our clients.

Transferring pension rights to an overseas pension scheme means that UK Lifetime Allowance of £1,000,000 can be legitimately avoided (Dated Jan 2018 and subject to review and legislation changes).

UK pension funds in the past often had a bias towards investment in UK assets. This is no longer the case with us being able offer multi-currency and international funds. It is true that overseas pension funds provide the scope for diversifying, as well as the option for more personalised investment management but the advantages from 2009 have largely been offset by 2015, and they are lower cost in the UK.

We offer personalised investment management with all the main custodians including Old Mutual, Royal Skandia, RL360, Generali, Hansard at ZERO commission (reducing your charges considerably). As a preferable alternative we offer platform custodians such as Ascentric, Transact, AJ Bell, Platform 1 and others from the UK and the USA where we are regulated.

Beware recommendations of an investment made into an investment bond / insurance bond via an overseas pension. This is often very costly bad advice dictated by the limited licences and lack of knowledge of the advisers / advisors, especially in the USA! In fact some of the better advice, following UK regulations, is only available through quality specialist pension advisers who understand regulations in the UK, and do not base their advice on who pays the highest commission.

UK money purchase schemes have no tax deducted on death in the UK if the settlor is under the age of 75. There is no 45 or 55% death tax anymore, and an overseas pension is actually at a disadvantage to a UK pension now because of the extra trustee costs required and restrictions since 2017.

Where a transfer offshore continues to enjoy an advantage over SIPP / UK pensions is if the settlor/pensioner is over 74. However, if you are over 74, then even with a UK pension all is not lost anymore. The fund can be handed down to beneficiaries as a pension fund without any tax penalties, although beneficiaries in the UK will have to pay tax on anything they receive at their marginal tax rate. If they are not in the UK, then they will have to pay income tax as residents in the country they are in. If they do not want a fund, and what full access then only until 5th April 2016, they must pay a 45% one-off tax charge on the fund. This is currently under review with a view to removing it from April 2016. This allows for “generational planning in the UK”, something a non-UK pension also does.

In essence, if you are under 73 we see no advantage in considering moving a UK pension over a SIPP for death tax avoidance reasons.

Overseas pension schemes will usually ensure that residual pension funds pass to the intended beneficiaries as would be the case in the UK, although they have some advantages if the settlor is over the age 74, or if the fund is in excess of the UK Lifetime Allowance (Currently £1 million but subject to legislation increasing by 3% in April 2018).

Why would a SIPP be better than a QNUPS or QROPS?

With the new rules introduced in April 2015 then some benefits, such as income and flexibility to take capital have improved dramatically under a SIPP. Also, the fact is that an overseas pension or QNUPS is far more expensive than most SIPP products, if not initially then in terms of annual charges. Also, whilst a SIPP may not have the same flexibility in terms of investments, those investments will not come in an investment bond, and therefore be a fraction of the cost, thus improving returns over an overseas pension, and where there are lower charges it means there is lower risk.

In most cases, but not all, for people up to the age of 74, they are better off with a SIPP for retirement. More ›

Depending on the jurisdiction chosen for the Overseas Pension Scheme, there is the potential for greater protection against creditors and other claimants than is typically available in the UK. However, this has to be balanced against protection available on regulated funds and advice which is higher in the UK, Australia and the USA than anywhere else.

Please note: We have a UK qualified G60 adviser who can provide advice on whether pension transfers should be considered by you as they are not right for everybody. You cannot transfer a pension if you are already taking income from a final salary / occupational scheme. Nor can you transfer a state pension to another pension, or if you have purchased an annuity.

How we can help you

Would you prefer UK qualified experts to provide competent advice, rather than an offshore salesman seeking commission?

Are you no longer resident in the UK or considering moving abroad?

Do you have more than £50k in your UK pensions?

Would you like to pay less tax and have greater investment freedom?

If you answered YES to these questions, Pensions for Expats could greatly improve your financial and tax situation. 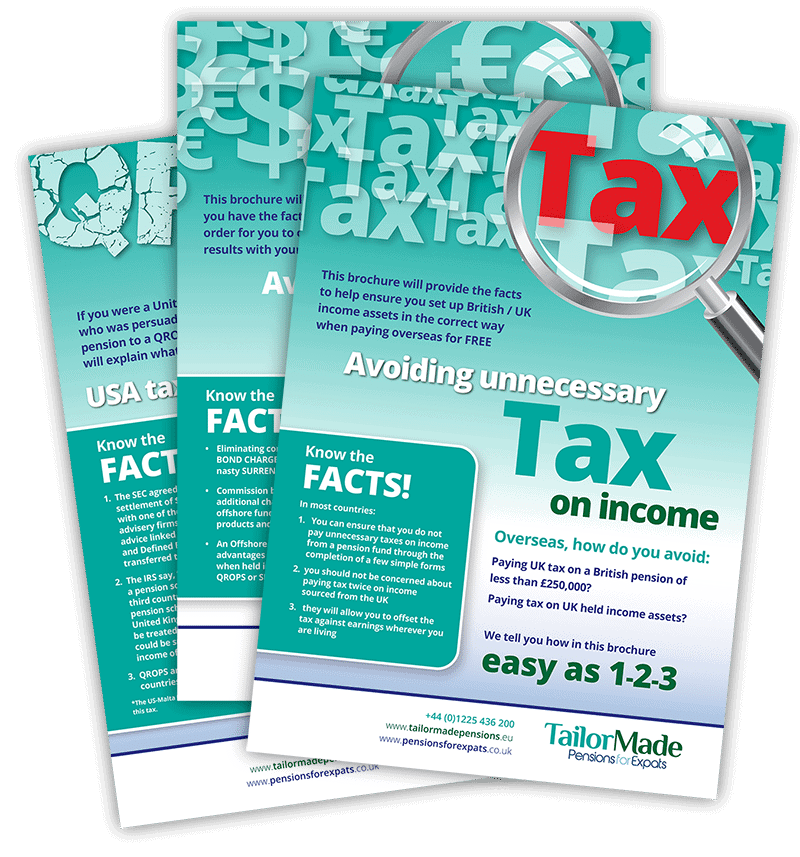 Register here for your FREE Guides to Investing with Pensions for Expats.