This article will save expatriates thousands, help you avoid high hidden offshore charges, and increase your investment returns.

Before we discuss the hidden offshore charges let us consider investment bonds. Overseas you will be sold bonds, bonds in investment bonds, bonds in pensions, insurance bonds for holding lump sums, and bonds for 5 year investment terms with 5% “tax-free” income withdrawals. You will be sold them because they are (tick the boxes off as applies) tax efficient, cheap (only 1% charges advertised), come with investment protection, and “free” (you do not have to pay the adviser for advice). They also provide “gross roll up” and provide “tax free income” up to 5% per annum and sometimes higher.

I can only say, that if all the positives listed above were true, then I am sure that in the UK and US bonds would be the only investments sold. Except, one slight problem. Since “explicit fees” have been introduced – i.e. you have to be told exactly what you are paying for every element of an investment, not just advice, then bond sales have gone down dramatically. Why?

Bonds pay huge commissions to advisers from the various providers, and the providers obtain this money back by placing a charge on your investment over several years. Unfortunatly the offshore advisers do not tell you this, and therefore it becomes hidden, hence why we call it hidden offshore charges. The providers are usually based in the Isle of Man, Dublin or Luxembourg (out of reach of the UK regulator). There are unscrupulous advisers according to newspapers such as the Telegraph that rip off clients due to hidden commissions that were not declared to the client, who in the words of the Telegraph cost british expats billions in hidden charges and suspect funds. Avoid these advisers and their hidden offshore charges at all costs.

Take a look at this video: 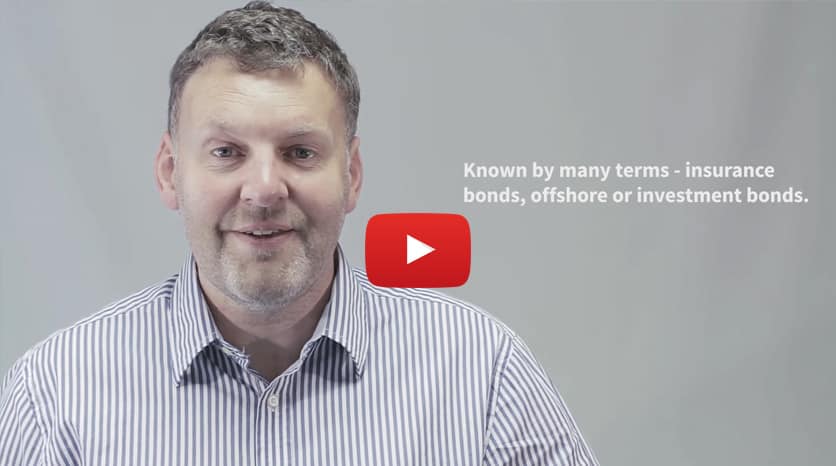 Advisers are “encouraged” to sell by the providers by offering greater commissions for more business. Some advisers fob you off with the fact that charges are “only” 1%, but the reality is often very different; investment bond providers also run their own funds, or they get kickbacks from the funds on the platforms which adds up to additional hidden offshore charges of course. Then if you want your money early, the providers have to ensure they earn back the money they paid your adviser, so you have a surrender penalty, or the euphemistic “access charge” – in essence a load of your money goes if you want it via surrender penalties. The reality is that many clients are unable to access their money for years and the only option is continuing the hidden offshore charges every year, or take a penalty charge for access.

However, the 1% charge being referred to is a bit a like an old “Gordon Brown Budget”. It gets mentioned over and over again, relating everything to 1%, whereas it is lots of 1%’s. 1% for the initial charges, 1% for the ongoing servicing, 1% for fund charges, … you get the idea. In other words actually if you are paying for ongoing servicing then you are likely to be paying 4% per annum or more, every year, for years.

I have saved the worst to last – part of the early hidden offshore charges relate to the initial investment, or the current value, whichever is the greater. If you access some money (as the providers allow you to access part of your money at a rate of up to 10% per annum, but usually 5%) without taking a surrender charge (let us say you take 10% out after 2 years) then the chances are your investment is now lower than the original investment you made. However, many of your percentage hidden offshore charges remain linked to the original value. For those of you not fully understanding, this means you are now paying higher hidden offshore charges relatively on your current investment value. The worst I have seen was charges being the equivalent of almost 9% per annum in real terms!

Oh, and as for all those benefits, the tax efficient, investment protection, “free” advice, “gross roll up”, “tax free income” they are offset by the high hidden offshore charges you are paying, and in the worst case they are purely illusionary as not every country recognises bonds. Just to be clear, if you are in the US, France, Spain or Australia and you hold your money in a standard “investment bond”, whether it be in a QROPS or directly, then I would strongly suggest you take some tax advice, as you might be heading for a really big tax bill! Some countries such as many in the middle east already allow for no taxation and so any perceived benefit in an offshore bond is usually linked to the idea that you are either saving tax from the UK tax on investments or that if you return to the UK that it will remain tax efficient. Notwithstanding that I have already explained that the hidden offshore charges removes any tax benefit, then I can also confirm that there are rules such as Time Apportionment that mean that the UK will not tax gains whilst you have held an investment outside the UK, and that taxation on funds in the UK or the US is not avoided by holding the assets in an Investment Bond wrapper whilst you live in the Middle East.

The advice on these bonds largely comes from firms who claim to be in the UK and have a virtual telephone number, or claim to be ex-regulated UK brokers based (but not regulated) in countries such as Spain or Switzerland. In reality, they often have a little knowledge, no liability for what they are telling you, are based in a country that they can avoid prosecution and can run a mile the moment a big liability comes along or you realise that there are hidden offshore charges or your investment is not performing.

The views expressed in this article are not to be construed as personal advice. You should contact a qualified and ideally regulated adviser in order to obtain up to date personal advice with regard to your own personal circumstances. If you do not then you are acting under your own authority and deemed “execution only”. The author does not except any liability for people acting without personalised advice, who base a decision on views expressed in this generic article. Where this article is dated then it is based on legislation as of the date. Legislation changes but articles are rarely updated, although sometimes a new article is written; so, please check for later articles or changes in legislation on official government websites, as this article should not be relied on in isolation.