When offshore web sites advertise â€œno taxâ€ or â€œavoid this taxâ€ they are often only referring to UK tax or UK pension tax, as though other countries like Australia, the USA or in Europe (France, Spain e.t.c.) will not impose tax.

These expat websites appear to ignore the tax in the country a client is resident in. Either this, or everyone reading the website either does not declare their taxes in their resident country, or they all live in countries with zero tax!

However, and before writing anymore, what seems to be ignored by most advisers, and most people is that eventual beneficiaries of lump sums may not live in the same countries as where the pension fund is going to be located. Combine this with the added fact that inheritance tax has barely no DTTâ€™s and that the UK regards any individual who has not moved out of the UK for at least 17 in the last 20 years, or who has not given up their UK passport as still liable for IHT then you can see how the idea of avoiding tax is just not that simple. 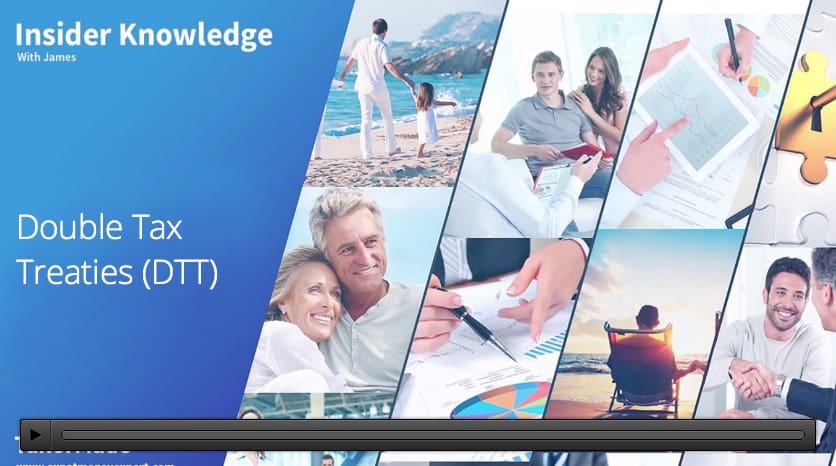 So, if we work on the basis that people living in countries such as the USA, and most European countries are wise enough to realise that they have to declare tax somewhere and pay it, then this article is for you.

Income from UK pensions is taxed as income, and the lump sum is deemed tax free â€“ this is recognised in most countries, and the UK has over 100 Double Tax Treaty (DTT) in the world. They are published and available on the HMRC website http://www.hmrc.gov.uk/â€¦ce/index.htm

You can also read the relevant tax position of most mature economies in English on their own published tax websites â€“ the USA is a little hard going, but it is all there and available.

Yet, that is what all the advertising says â€“ â€˜do this, and avoid 45% / 55% tax, do something else and you are not liable to IHT in the UKâ€. This is largely written by firms who claim to be in the UK and have a virtual telephone number, or claim to be ex-regulated UK brokers based (but not regulated) in countries such as Spain or Switzerland. In reality, they often have a little knowledge, no liability for what they are telling you, are based in a country that they can avoid prosecution and can run a mile the moment a big liability comes along. If you want an accurate summary of the current position with regard to pension death taxes 45% or 55% then please go here.

Coming back to DTT, where there is a DTT between the UK and Country B, then it is often possible to get paid into Country B and only pay tax there. Sometimes the Treaty specifically states that tax will be paid in the UK, rather than Country B, and this is usually linked to a country with low or zero income tax. You may surprise to find, for example, there are DTTâ€™s with Qatar, Oman, Saudi Arabia and others, places which many people think that there would be no agreements in place.

Where no tax is due in the UK, due to the DTT, then you apply to HMRC (again information is available on their website) to ensure that you can pay tax where you want. Just to be clear, you need to have a tax reference number in Country B! Those that have not declared themselves, just be aware you cannot avoid tax in the UK if you are not paying it anywhere else (other than zero tax income countries).

Also, just paying tax in the UK, and then not declaring in Country B could easily catch up with you if there is tax to be paid in Country B. The UK and the US are now being extremely aggressive with offshore tax avoiders. The US has FATCA which is a liability on custodians, and the UK has similar measures already but could easily impose more.

Finally, where there is no DTT, then a thing called â€œUnilateral Reliefâ€ can apply. This is in some ways the same as some DTT agreements. You will be taxed in the UK, and you can then offset this tax with Country C. Hopefully, and it is hopefully as it does not apply equally everywhere, then Country C will only charge the excess of tax that has already been paid in the UK.

Two final things â€“ the UK has personal tax allowances which means that the first Â£10k plus is not taxed. If your pension fund is less than Â£150,000 due to higher offshore charges then you should consider taking your pension from the UK where you may be paying very little tax indeed (perhaps nothing). That is where a DTT that says you pay your pension income tax in the UK, without consideration to Country B, could be very useful indeed.

And lastly, for all of you avoiding declaring tax anywhere â€“ just remember, we all get ill, and we have relatives who we may want to visit back in the UK, the USA, Spain and France for numerous reasons including health, weddings and death. I met with someone 3 years ago who lived abroad, and had declared himself outside the UK for tax. However, he had not declared himself for tax in the other country where he resided (it was Portugal but frankly that is irrelevant) and thought he was being extra clever by not having a bank account in either country (He used his wifeâ€™s in the overseas country).

He returned to the UK for his sick mother, and then also started renting an apartment off a third party in London to make his trips easier. He was not breaking the 45 day rule for the UK, and thought he was safe. Any guesses what happened? He fell out with his wife, who reported him to the UK authorities. That one is still going through but I understand that he is now very stressed, and owing a lot of money, and has issues with both countries, the one he was living in, and the UK! You have been warned, make sure you are a legitimate tax resident somewhere!